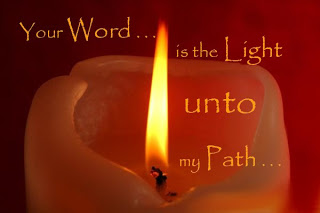 Image courtesy of A Lamp Unto My Path

“Jesus said to him, ‘I am the way, and the truth, and the life. No one comes to the Father except through me. If you had known me, You would have known my Father also. From now on you know him and have seen him” John 14:6–7

How can we know the way to God? Only through Jesus. This is one of the most basic and important passages in Scripture yet so often we fail to live this out….

THE WAY: Jesus says he is the ONLY way to God the Father. In a world with seemingly unlimited choices, some people may argue today that this way is too narrow. But in reality, we know it is wide enough for the whole world, if the world chooses to accept it.

Jesus is the way because he is both God and man. As the way, Jesus is our path to the Father. By uniting our lives with his, we are united with God. Instead of worrying about how limited it sounds to have only one way, we should be saying, “Thank you, God for providing a sure way to get to you!” Trust Jesus to take you to the Father, and all the benefits of being God’s child will be yours.

THE TRUTH: As the truth, Jesus is the reality of all God’s promises. The sanctity of truth is a theme that we find taught over and over again in the Bible. Jesus refers to Satan as a “liar and the father of lies” (8:44), which helps us understand that falsehood is unholy while truth-telling accords with the Lord’s character.

Reflect for a moment on what we know about truth:
• Psalm 119:160 explains that the Word of God is truth.

• Psalm 145:18 makes it plain that the Lord will come near and bless only those who call upon Him in truth.

Yet we do not know the truth if we make no attempt to live it out:

• Faithfulness to the Lord means that we are concerned to walk in His true way (Ps. 86:11).

Walking in His true way is not perfect obedience this side of heaven, but a life of repentance when we see how far short we fall of His standards (1 John 1:5–10).

“The Lord said to Gideon, “With the three hundred men that lapped I will save you and give the Midianites into your hands. Let all the others go home.” Judges 7:7 (NIV)

In today’s Lenten scripture we see Gideon preparing to go forth to battle. He is doing what he thinks needs to be done; getting as many people together as he can to be ready to move forward. . He must have been quite surprised for God to tell him to leave most of his help behind. This truly did not make common sense. This was against everything that Gideon knew to be true when preparing for combat.

The one thing that this portion of scripture struck me was that Gideon listened to God.  No, it did not make any worldly sense to cut back on the troops needed to go into battle. But He listened!  How are our listening ears these days?  Think about this, what if God told us to leave something in our life, that we are comfortable with – just leave it alone.  Actually, forget about this thing, and move forward.  Don’t talk to anyone, don’t explain, just do it.

For those who will ask this question – how do we know it is God, while that is another blog topic, I will refer you to John 10:27: “My sheep hear My voice, and I know them, and they follow Me” (NKJV)

Would we trust God? Would we even believe that it was Him because he was advising us to do something that did not make any sense to us in our common sense approach to problems?  Sometimes, I think that I have God all figured out, because I have been living awhile and I have seen some things, had experiences, so even when God sets up situations  to change my  patterns of approach and behavior, I have thought that I  can make correction as if my way is better. Now, I am being transparent here, because before I can help someone else, I need to be truly honest about me!

Earlier, I said Gideon listened, why is that?  In verse 2, God told Gideon that with so many men in the army, they would think that they were self-sufficient and thus, need not depend on God. And to prove his point God gave Gideon a command in verse 3 to announce to the men “Anyone who trembles with fear may turn back and leave Mount Gilead,” and as such 22,000 men left the army because they were afraid. God finally reduced the number to just 300 and clearly told Gideon that he was to obey Him in His selection.

Gideon listened, saw results, just as we have many times over in our lives when we have listened to God.  I just believe had Gideon gone into battle with all of the people that he had recruited because it made more sense to him then he stood a great chance of losing the Lord on his side. Think on this, if 22,000 men who left, had actually stayed, what would have happened in that battle?

Sometimes God may call us to make an unorthodox move to send His word forth. Are we prepared to be used by God in such a manner as this? Some of us are just sitting there wondering what is going on and what should we do next. We must be careful that God isn’t saying, “Leave this, that or the other behind and move forward now!”

May, I suggest that we refresh, regroup and reorganize our thinking, so that God can do a new thing in us.  As soon as we accept what God allows, new things will be exposed and opportunities will be abound because we are aligned in God!   Be Victorious today!

1 Peter 4:1-2 (NRSV) Since therefore Christ suffered in the flesh,[a] arm yourselves also with the same intention (for whoever has suffered in the flesh has finished with sin), 2 so as to live for the rest of your earthly life[b] no longer by human desires but by the will of God

Now that I have grown up and understand better my purpose and the purpose and power of my salvation, I understand that the boundaries, restrictions or the Laws were not designed to keep me in bondage, but they were designed to set me free. When I think about no longer being a slave to sin and giving into every desire of my flesh, I understand that I am set free by those boundaries. Do I still sin? YES. Come on, you know the answer to that. Am I under the dominion of sin? NO! There is a difference.

When we are under the dominion of sin, we HAVE to sin. We don’t have a choice. Sin may in fact, be our way of life. When I recognize the power over sin I have through the blood of Christ I am able to DECIDE or CHOOSE to sin OR NOT in every situation in my life. I am aware that the choices I am making are sinful and those choices have the potential to lead to death.

I hope that you can comprehend the freedom that your salvation affords you. When we are able to live according to the will of God, instead of being driven by our fleshly desires we are set free. As a believer there are certain activities that I choose not to partake in. But that does not mean that I am missing out on anything. In fact, the opposite is true. I have gained so much through this relationship with Jesus. Riches untold. Loving the Lord makes us want to live according to His will. For me, it means that I have freedom to live a wonderfully blessed life.